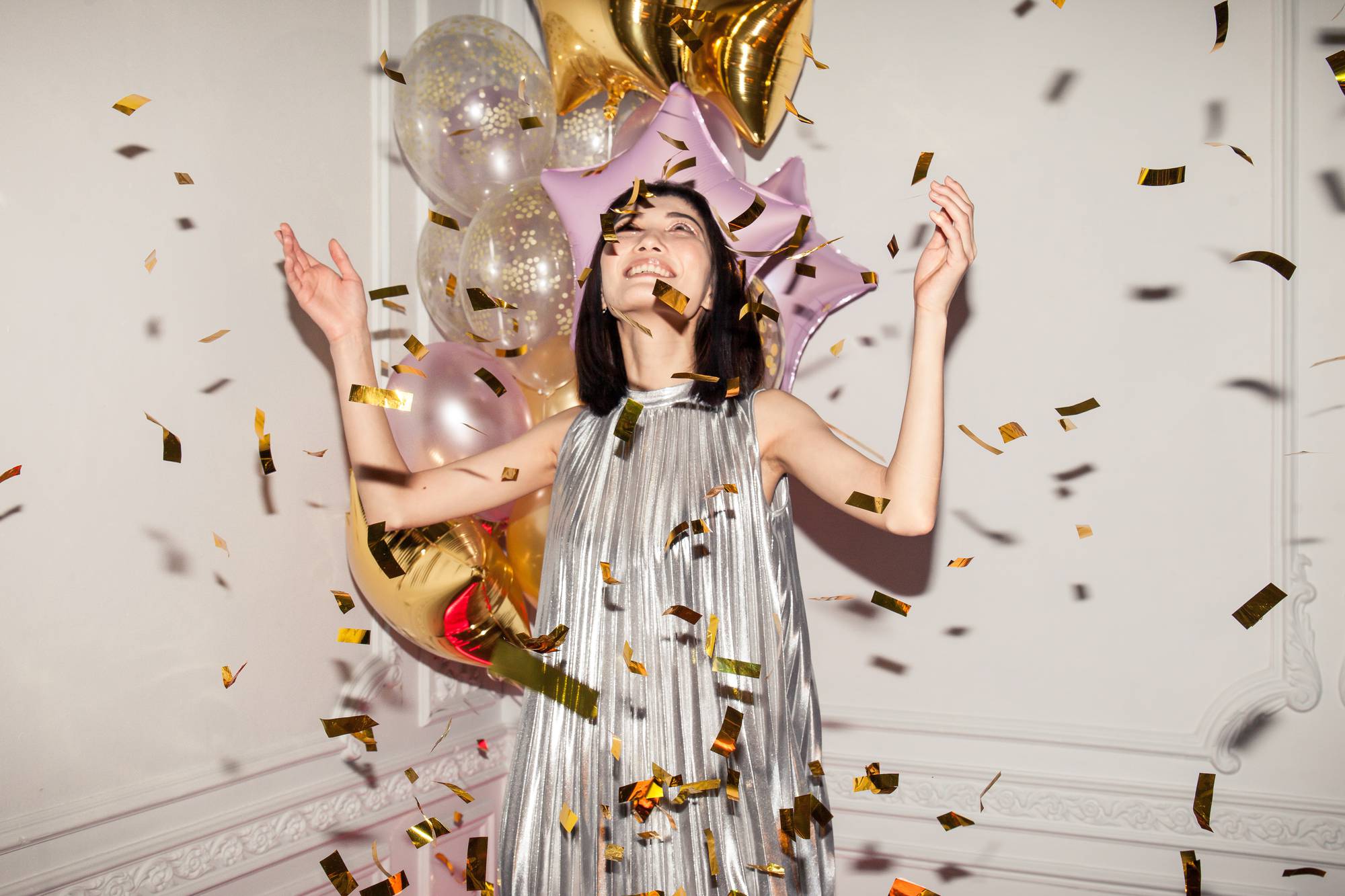 I realise what I'm about to say is controversial, but please hear me out...

I fell out with Christmas a few years ago.

I remember saying to a group of women whom I was sharing prosecco and avocado dips with, that I was considering not celebrating Christmas anymore.

They looked at me with confused eyes and quickly directed them to the floor. You could hear a pin drop. I realised at that point just how controversial this statement must be.

Christmas can be a challenging time for single women.

Especially if you're newly single and still grieving the rose-tinted idea of your relationship, but it can be a difficult time for everyone. Especially women, who, whether single or alone, usually bear the brunt of the domestic and emotional labour.

One of the loneliest Christmases I ever spent was when I had a long-term partner and associated family, mortgage and shared bank account.

I didn't have my boundaries in place, and I was coerced into spending Christmas day in a situation that was deeply upsetting for me. I knew it would be, and it was. I feigned illness, went home early and cried.

Another incredibly lonely Christmas was the year 2000.

I was a single parent with a one-year-old baby, and I can still remember the feelings of emptiness and hopelessness 20 years on. My family weren't around, and I hadn't planned anything, as a 21-year-old mum I hadn't yet mastered the art of, well anything.

More recently, the first Christmas after my marriage ended was a hard one. Spent alone in my apartment on the river, feeling sorry for myself and thinking about the great time everybody else was having. Again, I hadn't had the foresight to plan anything. Additionally, the old Hannah was deeply uncomfortable with being alone, which exacerbated the situation.

If I'd have had any sense, I'd have reflected back to all the awful times I'd had at Christmas in partnerships that weren't healthy, and thanked my lucky stars that I was on my own. #Hindsight

I do love spending time with my family.

It's great when we all come together to argue about who owns Pall Mall. Still, in theory, this is nothing to do with Christmas. If we were all a bit more organised, we could arrange to book time off together any day of the year.

I'm not religious, I never have been, and so I don't see any meaning in celebrating Jesus's fake birthday. In the UK we're no longer a religious country (like much of the West), and Christmas has turned into a vast capitalist celebration.

Capitalism is at the root of why women feel so terrible about ourselves.

If we didn't have such a strong notion that there isn't enough to go around (there is!) and therefore we must compete for what little's available, capitalism wouldn't work. Competition is what drives capitalism.

Competition affects women in the form of us trying to look the thinnest, youngest and sexist so we can bag the beau and live happily ever after. Many of us have tried that, it didn't work, that's because it's bullshit and stems from the idea that we're not enough as we are and need someone else to make us whole.

Society and the media perpetuate the myth so that we spend billions of pounds on trying to be enough in the form of the latest fashions, anti-ageing creams, ridiculous diets, and plastic surgery.

Additionally, as a feminist, the Christian religion goes against my core values.

Christianity is one of the many faiths at the root of millennia of oppression against women.

I'm sure Jesus was a cool guy and did a lot of good for people. I'm also sure he wouldn't have wanted his name to be associated with the patriarchy or the oppression of any human being.

Furthermore, I've always considered myself ethically and ecologically responsible. My daughter, who's an environmental scientist, has been educating me further to consider the choices I make and the impact they have on our beautiful planet. Now I'm actively against buying stuff for the sake of it.

So can you see how celebrating Christmas in the 'traditional' way goes against who I am?

People say to me: 'Well Christmas is a long-standing tradition you shouldn't turn your back on it.'

They're yet another way that we keep ourselves in shackles without even recognising it.

Just because we've ALWAYS done something, doesn't mean we have to continue doing it, especially if it harms us or our planet.

That said I am a human being living in the western world.

So I must tolerate the season, and I will do so with a genuine smile on my face as I accept all that is.

Now I'm no longer weighed down by tradition or competition my last few Christmas periods have been brilliant. One year I spent on a motorbike cruising lakes and mountains in Vietnam.

This year my daughter and I are delivering Christmas meals and gifts to vulnerable people in our community through a local charity. We're also offering socially distanced doorstep chats to those living alone and who might not have spoken to anyone for a while.

We haven't decided yet if we'll have a Christmas meal.

I can't be bothered to make one, so it's a question of whether my daughter feels like she wants to. If not we'll have a microwaveable meal from M&S or order a Thai takeaway. Afterwards, my daughter will go to her dads in the next village along, and I'll be alone. This happens most years.

I always get a heavy heart when my daughter leaves, whether at Christmas or otherwise. I'm not sure this will ever change. Still, because I'm so used to it now, I'll plan the evening meticulously and be excited about it. I'll plan films to watch, books to read, maybe catch up with friends via Zoom, maybe eat a luxury cheeseboard?

I make sure the house is spotless and enjoy the warm glow of fairy lights, the scent of cinnamon and oranges, and the stillness and silence of being alone. It provides me with a deep sense of peace and calm and acceptance and gratitude for everything I do have.

Whether you love or hate Christmas, I have two pieces of advice to get through the holiday season - drawing from my own experiences of Christmases - both good and bad.

Raising a child alone, there was a certain level of high-level planning that needed to take place for me to have any sort of enjoyable, functional life. When my daughter left home, I was relieved not to have everything so timetabled, and initially, I cherished the hours and days where I had no plans at all.

But as any single woman will know, weekends and special occasions like birthdays need meticulous planning if they're to be rich and meaningful, and Christmas is no different.

We have to be proactive, we can't wait around for invitations to drop in, because they might not, so we need to take ownership of our time and our experiences.

Ask yourself: How do I want to spend Christmas this year?

Suppose you're not feeling great and don't have anything planned? In that case, it's easy to slip into victim mode and feel like everyone is having a better time than you - especially those with partners and families. In reality, they're probably not.

They probably can't wait to get a minute to themself - but only after they've cleaned up after everyone, because who else is going to do it?

So get planning! If it's a Christmas alone for you this year, it's still essential to plan your time if you don't want to fall into the victim trap.

Some people think us single women have nothing else to do apart from babysit their toddlers, wrap their gifts (is this just me!?), cook gourmet mince pies and Dyson their homes. If you do want to do these things, then great, go for it. If you don't, then say no. We're entitled to our personal boundaries without offering any explanation or apology.

Perhaps you've been invited to an event which you hate? Still, you always go to - it's tradition - like meeting up with school friends who you have nothing in common with and who never get a round in? Or a family dinner where one of your irritating exes might be?

If you don't want to do, don't go! Think of all the other amazing things you could be doing instead, such as drinking Baileys or watching Strictly - why give that up!?

Instead of it being 'tradition' it can be something that you used to do, but your new tradition is spending the time prioritising and investing in yourself.

This year I want you to know that you are not alone.

There are millions of women throughout the world, single women like you and me, that are celebrating Christmas alone also.

Some will have a great time; some will have an awful time. And while we can never control external factors, it really is down to you the kind of Christmas that you decide to have.

As someone who's been a wife and a mother I'm incredibly thankful that I don't have the pressure to cook, clean, be sexy, be funny, be well-dressed, be the life and soul of the party or entertain the in-laws.

I can just be me. 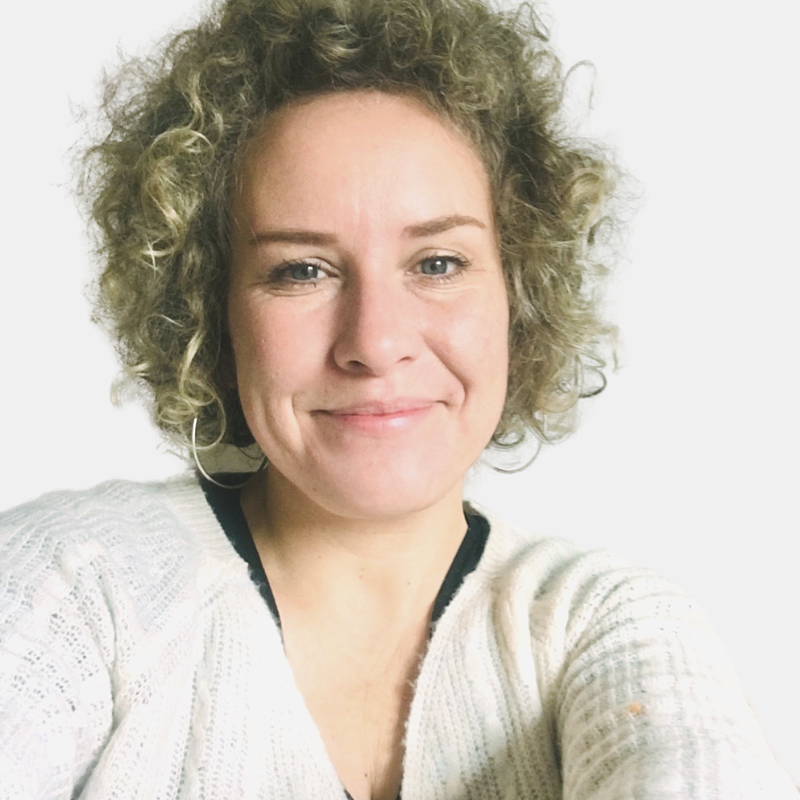